The JSPS Summer Program 2016 Pre-Departure Orientation was held as a part of NSF’s East Asia and Pacific Summer Institutes (EAPSI) 2016.

The orientation was opened with welcome remarks by Mr. Tomohiko Arai, Science Counselor of the Embassy of Japan, encouraging the 65 US program awardees to focus on their research and to discover as much possible about Japan while in the country. Following that, Mr. Naritake Abe, Deputy Director of JSPS Washington Office explained about the JSPS fellowship programs enabling overseas researchers to conduct research in Japan, introduced Japan as a research destination, and gave other helpful information to prepare for the program.

Another session followed with a talk by Dr. Carson Bruns, UC Berkeley, former EAPSI 2013 awardee who shared his experiences in Japan. Dr. Bruns who is now a member of the US-JSPS Fellows Alumni Association promoted the organization and told about how the organization’s events have boosted his career. He also encouraged this year’s awardees to join the association upon returning to the U.S. At the end of the talk, Dr. Bruns was joined by Emily Ellis (EAPSI 2015), UC Santa Barbara, and Dr. Justin Acheson (EAPSI 2013), University of Virginia for Q&A. 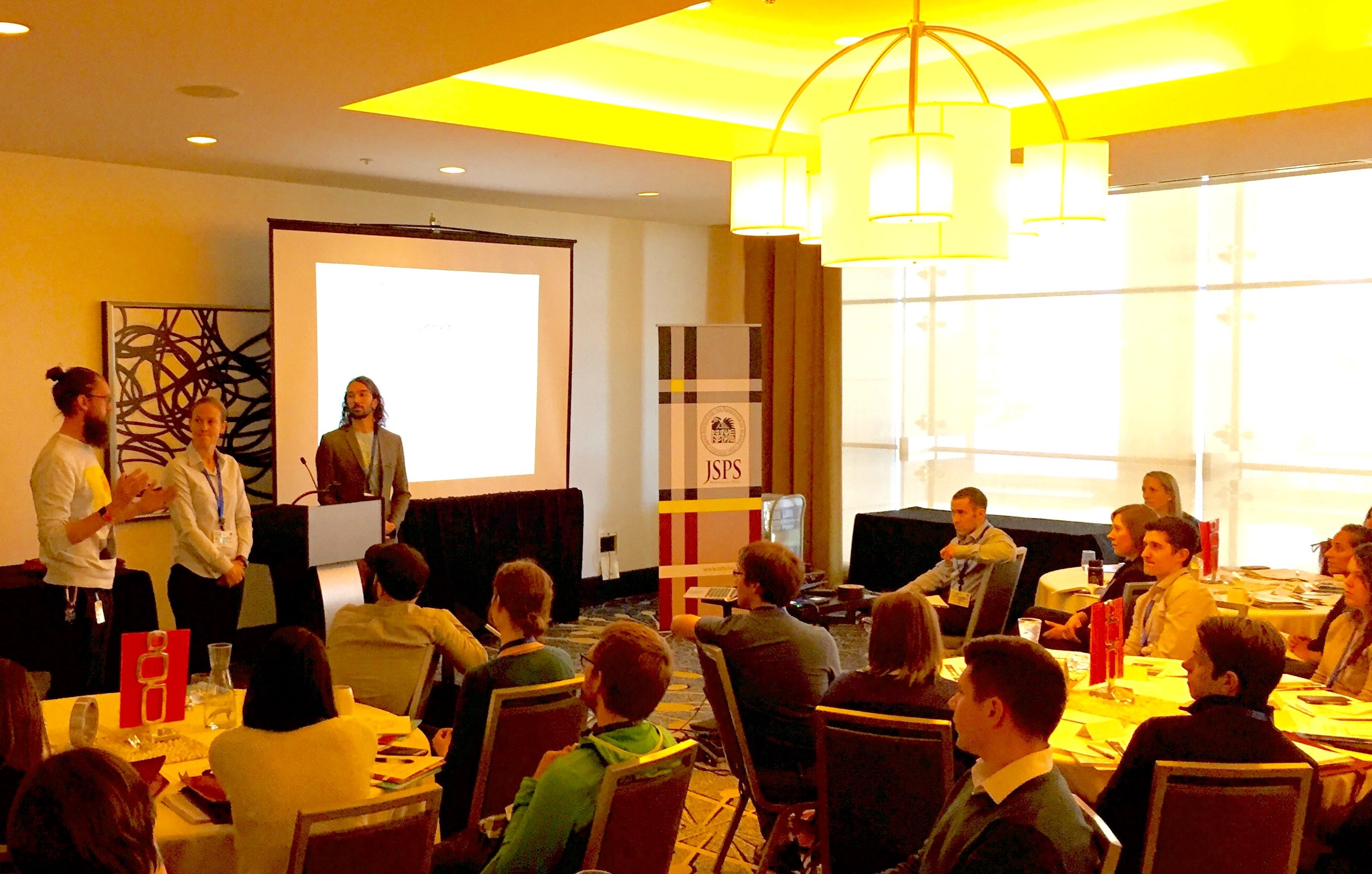 The rest of the meeting was spent learning about Japanese cultural and language perspectives as presented by Kizuna Across Cultures (KAC).

Mr. Abe wrapped up the event by giving some (un)useful tips to the audience from the perspective of a Japanese how to behave and survive in Japan.

The JSPS Summer Program enables young pre/postdocs from North America and Europe to pursue research at Japanese research institutes during the summertime. Under the program in cooperation with NSF, around 65 US awardees visit Japan every year.