The 20th “Science in Japan” Forum was held on 12 June at the Cosmos Club in Washington, DC. Themed “Frontiers of Research on Marine Biological Science,” it featured distinguished speakers from Japan and the US. The forum was opened by Mitsuaki Nozaki, Director, JSPS Washington Office; followed by Yuichiro Anzai, President, JSPS Headquarters; then by, Richard Spinrad, Chief Scientist, National Oceanic and Atmospheric Administration; and lastly, Kenichiro Sasae, Ambassador, Embassy of Japan in the US. Following the Welcome Addresses, Dr. Rita R. Colwell, Professor, University of Maryland, gave the Keynote Lecture. Executive Director of Science, Japan Agency for Marine-Earth Science and Technology, Dr.Yoshihisa Shirayama, the coordinator for the forum, opened the speakers sessions by giving an overview of the topics and the aim of the forum. Throughout the day, the speakers gave excellent talks and were received by lively Q&A time. The forum was closed by Prof. Eitaro Wada who made valuable observations and concluded the forum.

More than 100 participants, including researchers from universities, research institutes, and government agencies and members of the press attended the event. The forum was co-sponsored by the American Association for the Advancement of Science(AAAS), American Chemical Society(ACS), Consortium for Ocean Leadership, U.S. Department of Energy, Japan Agency for Marine-Earth Science and Technology(JAMSTEC), Japan Science and Technology Agency(JST), National Oceanic and Atmospheric Administration(NOAA), National Science Foundation(NSF).The strong show of support from these US organizations shows the good relations between Japan and the US which have been cultivated by the JSPS Washington Office.

The forum was followed by a reception, the researchers from the two countries strengthened their friendly and collegial ties, drawing the curtain on yet another very fruitful forum.

As one of our activities, we have been organizing the “Science in Japan” Forums in Washington DC once every year from 1996. The Purpose of the forum is to introduce leadingedge research trends being advanced recently in Japan. It also serves to promote mutual communication among scientists in Japan, the United States and other countries.

The 20th “SCIENCE IN JAPAN” FORUM

More than 60 years have been passed since the launch of first bathyscaphe “Trieste”. For human being, however, still deep sea is a frontier. Recent global scale marine biological research “Census of Marine Life” participated in by more than 2,700 scientists from 80 countries reveled that more than 700,000 species are living in the ocean. Although such vast variety of oceanic biota is known, a huge unknown remains. Also recent development of marine research technologies made it possible to explore unknowable marine life such as microbiota in the deep biosphere. These unknown and recently became knowable marine biodiversity have huge potential to provide human society sustainable ecosystem service. This symposium will bring together some of the leading researchers in marine biology both from Japan and the U.S.A to showcase the recently exciting development of the understanding of ocean life from microscopic bacteria to whales. Organized by:
Japan Society for the Promotion of Science Washington Office (JSPS-WO) 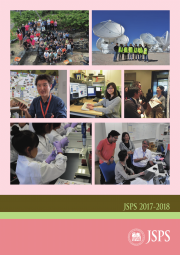 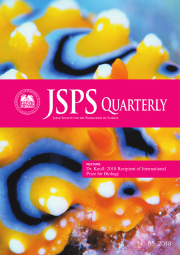 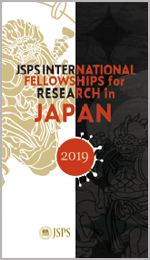 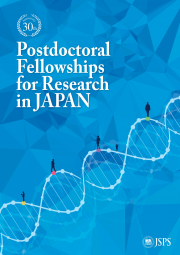